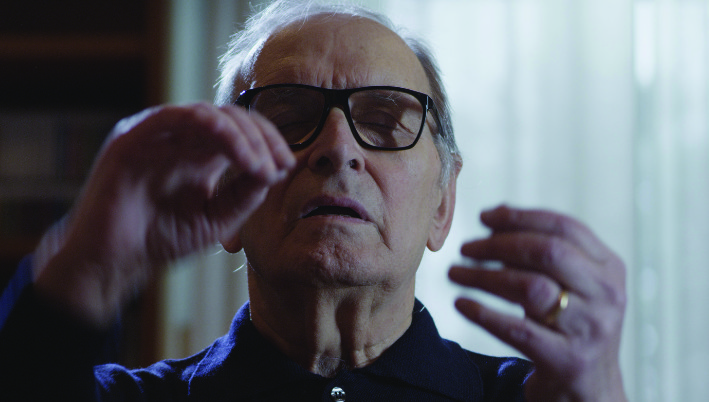 The documentary marks the 13th collaboration between Morricone and his long-time friend Tornatore, for whom he has scored most of his films, including Cinema Paradiso.
In addition to interviews with filmmakers and musicians, including Wong, Bernardo Bertolucci, Quentin Tarantino, Clint Eastwood and Bruce Springsteen, the film features fragments of Morricone’s private life, recordings from his concert tours, clips of films he has scored and never-before-seen archival footage.
In addition to Tornotore’s works, Morricone scored all of Sergio Leone’s films since A Fistful Of Dollars, Gillo Pontecorvo’s The Battle Of Algiers, Bernardo Bertolucci’s 1900, Roland Joffè’s The Mission, Terrence Malick’s Days Of Heaven and Brian de Palma’s The Untouchables. He has also sold more than 70 million records worldwide. In 2016, Morricone received his first Academy Award for his score to Quentin Tarantino’s The Hateful Eight (2015). He is also the recipient of a further Academy Honorary Oscar, along with three Grammy Awards, three Golden Globes, six BAFTAs, ten David di Donatello awards, two European Film Awards and other prizes.