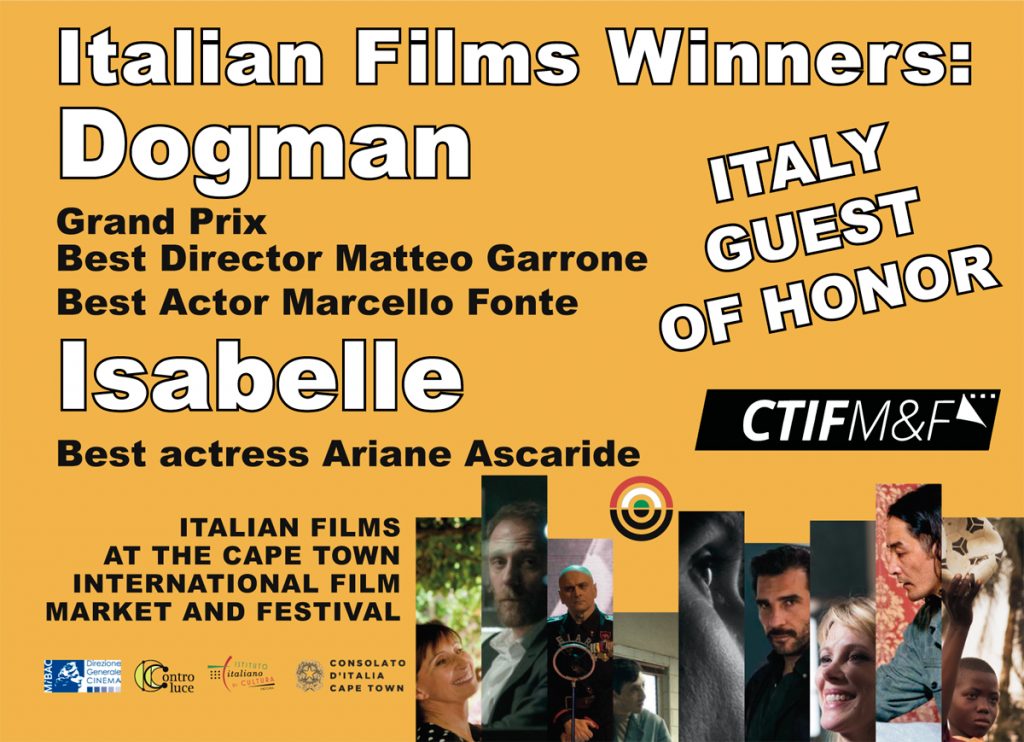 Italy wins 4 award at the Cape Town Film festival! This is an encouragement to show these film not just at festival but also in the South African Cinemas and on TV channels. The Italian cinema shows that its talents are not just directors but actors and screen players. The multi awarded DOGMAN  and the brand new ISABELLE  are part of a 9 films selection by the Festival. Italy was also  guest of honor and a a delegation on 8 Film Directors and Film Producers aiming to co-producing films with South Africa joined the Film Market.