Guest of Honor at the Cape Town International Film Festival 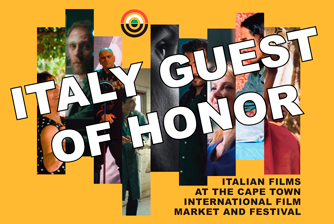 The great relationship between Italy and South African cinema which has grown in the course of the last years since the signing of the co-production agreement between the two countries in 2006, has given Italy the merit of Guest of Honor at the Cape Town International Film Market and Festival. Controluce was chosen to assist with a Focus on Italy in their program.

The Consul of Italy will attend the opening night and will carry out the symbolic “Handing Back of the Festival Candle” to the festival director during the ceremony. At the end of the festival at the Awards Night the candle will be passed on to the ambassador of the country which will be next’s year’s country of focus.

Italy at the CTIFM&F participates with a selection of 9 films and a delegation of 7 producers and 2 directors.